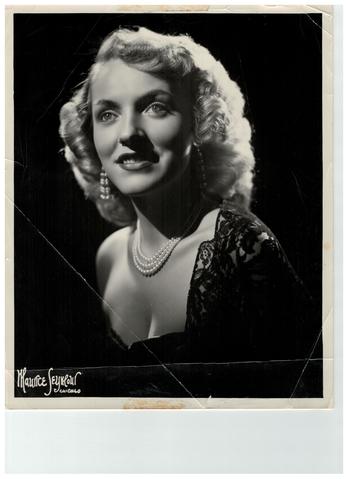 Name and location of repository

Joyce Mauer was born in Chicago, Illinois to Bill and Cleo Mauer. At the age of five, a bout of tonsillitis spread to her eyes, damaging her vision. Childhood glaucoma caused additional damage to her vision and she became legally blind. Bedridden until the age of ten, Mauer began listening to music on the radio, especially swing, jazz, and classical. When she recovered her health, she began to play the piano. Her parents insisted that she hide her blindness and enrolled her in drama classes. As a teen she had some small parts on local radio. After high school, she began performing in local clubs around Chicago such as the Sherman House, Acorn on Oak, Danny's Hideaway, and Como Inn. She married and divorced Jack Reiling, then married Marty Saxon who managed her career. At 62, she began playing the piano at Nordstrom Department Store.

The collection is in its original order organized by format.

Languages of the material

Scripts of the material

Existence and location of originals

Existence and location of copies